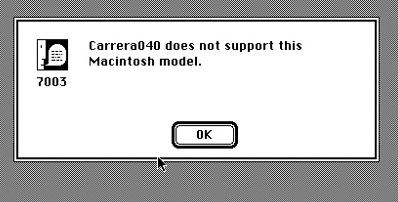 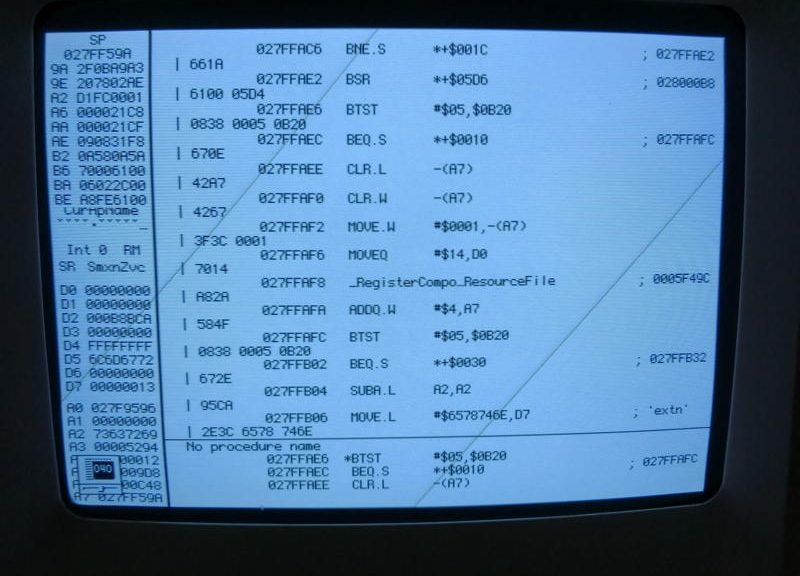 Hey Axel, what’s up? No new post for months… are you still alive?

Yes, shame on me… it’s been really silent the last months. But that does not necessarily mean I’m not working on something.
Actually I was pulled into a 68k Apple Macintosh vortex which really got be big time. As you probably know I have a soft spot for all things 68000 and was a Mac user from day one (well, ~1985). User means that even I did not own one until 1994 (i.e. paying for it with own money) I borrowed, worked, sat in front of many models…

Long story short: Got my hands onto a SE/30, pulled an 040 accelerator from the basement, learned that it will never work in there… got lit 😉 Bought a IIci for checking and from there it went on uncontrolled… So the challenge is on to get this IIci accelerator working in sweet lil’ SE/30. Read the thread here (68kmla.org forum).

While I was a Mac user, I never went real deep into programming them. So here I am, digging through 6098 lines of disassembly and learn ‘new’ things like A5-world, Mac boot processes, the dirtiest tricks in MacsBug, INITs, how control panels work and last but not least patching Toolbox calls from the machine language side of things. It’s a steep learning curve, a total waste of time & energy. And I love it!