While the Transputer was an ingenious thing itself, INMOS went one step further and invented the TRAM, short for “TRAnsputerModule”. A small 1.05 by 3.66 inch PCB providing a Transputer and some RAM and featuring just 16 PINs to the outside. This so-called size-1 TRAM then was also available as double, three, four or even 8 times bigger version, called size-2, size-3, size-4 or size-8 accordingly. Original specs are available here.

This is a schematic drawing of a size-1 TRAM: 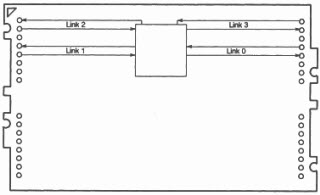 TRAMs could then be plugged onto a mainboard like building blocks or LEGO. This enabled users to build their system very easily specific to their needs.
Thus, several mainboards or carriers were manufactured for e.g. the PC ISA bus, the VME bus, Apples NuBus or totally independent, like the one used in my ” Tower of Power“.

This chapter will provide you an overview of the many TRAMs being developed over the time until the last incarnation, the HTRAM, a very updated version created for the H1/T9000 Transputer which kind of never made it…here’s a”classic TRAM” next to an HTRAM: 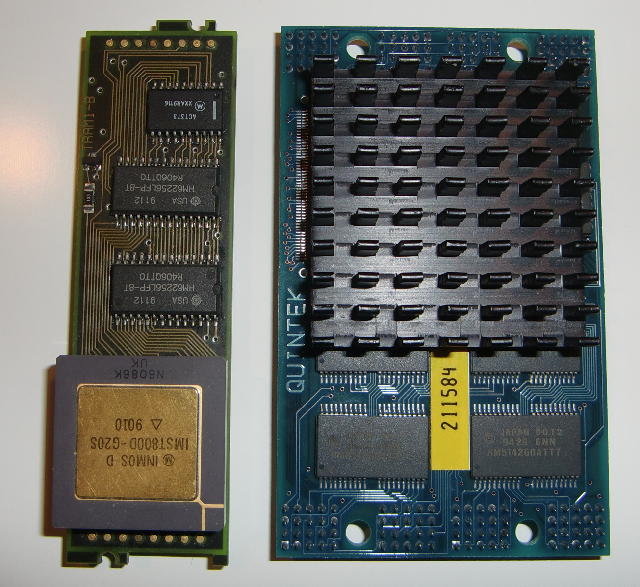 Because some Images are a bit bigger than those on the rest of this page, for the sake of loading speed I created sub-categories for those TRAMs made by INMOS and those created by 3rd parties.
And as the T9000 is so rare these days I dedicated an own chapter to the HTRAMs.