What made this book special was that it included an unpopulated 8-bit ISA card for a transputer and 1MB RAM, fully B004 compatible.
Additionally, there were schematics provided to build a host-adapter for several homecomputers of that time (C64, Apple II, ATARI ST and Commodore Amiga).

I was able to get one book off ePay which was still includung the printed circut board and a 360k floppy containing some sample sources and a rudimentary assembler.
So I’ve polpulated it, found some mistakes Gerlach made and made it somehow run.

This is how the card looks 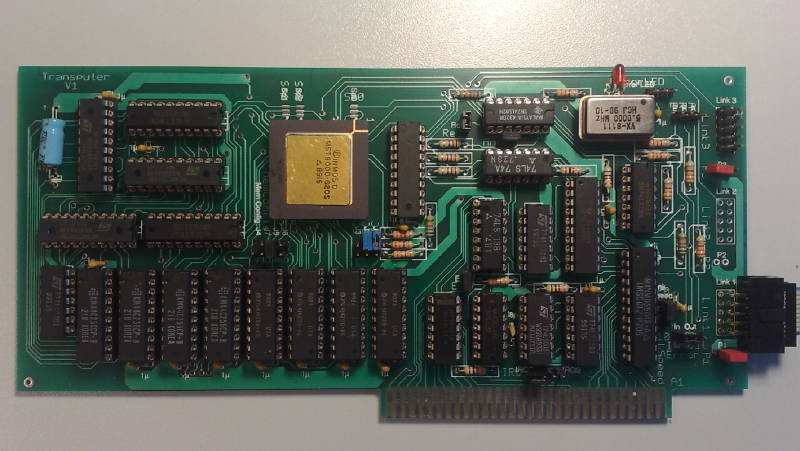 It’s design is pretty simple – at least compared to the efforts been taken with the i860 cards on this page. The simple design is also because the Transputer has nearly everything included… so what you see is:

The mentioned bugs of the card are:

Still, there was a persistent problem with the external 1MB RAM. It was detected by mtest but depending on the Transputer-type used and some randomness, it never was checked as being ok.
Replacing  some capacitors and strengthening some ground traces helped but it’s still not clear what the real reason was.