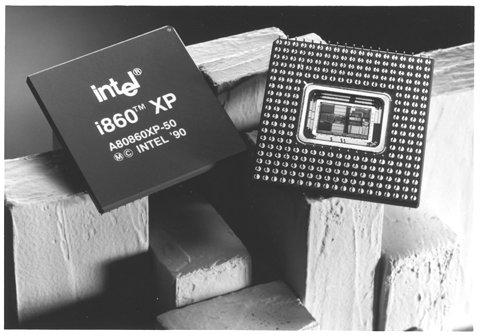 It’s a pretty much awkward piece of hardware and so it’s no wonder it flopped. Actually, it died the common “It’s not the CPUs fault-death”.
There were other Intel flops which suffered the same fate: Overambitious, let-the-compiler-do-the-work attitude. Having no compiler who could feed (read: create optimal code) the CPU efficiently enough, the i432 and the i860 starved to death… and the Itanium is IMHO on the same road to nowhere.

Still, it was very expensive when new and requires quite a bit of low-level knowledge to program… and therefore it is definitely real men hardware!
[For my German readers, here’s an article I wrote for my mailbox BB back in ’91… when I believed the hype ;)]

From a machine-language programmers view, the i860 is a major pain in the a**… well, let’s call it quite a challenge. Even the toughest and most serious resignated at some point… here’s what I found on one of my i860-patrols in the internet: 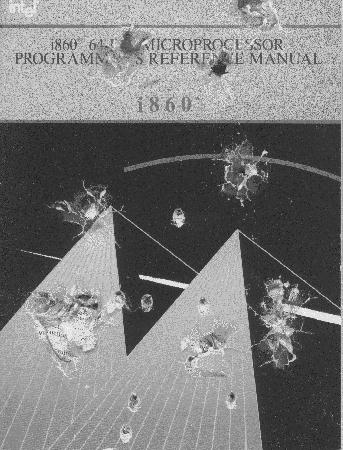 Original description: “Bullet holes courtesy of Stephen Wheat, one of the chief architects of SUNMOS. It should be noted that he now works for Intel!”

There were Only 3 known dedicated Systems made:

All the same case, even the same Logitech mouse. So I think it’s an original Stardent design which Intel OEMed, to have something for their customers. And when Stardent went out of business in 1991 they sold the design to OKI.

I have several i860 boards in my collection and continue to dissect and optimize them. To navigate through them you can either use the more structured menu on top of this page (Hardware/Intel 80860) or this list of all posts: