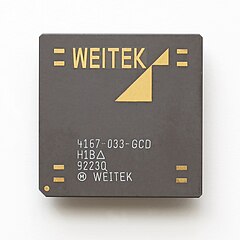 Applications that took advantage of the Weitek Abacus were scarce. AutoShade, Autodesk Renderman, 3-D Studio were the most prominent to use a Weitek coprocessor.
If you happen to own one, you might actually use or at least test it… so here’s the official test-suite from Weitek. It contains these tools