Those are rare moments but sometime it happens:
My brother-in-law gave me a very simple schematic drawing (a ppt file 🙄 ) asking if i could “turn that into reality”. It should be a Arduino shield to measure vibrations created by passing trains (in German that’s a “Zug Erschütterungs Detektor”).

Well, out went trusty Eagle CAD and some interpretation fun began. Some components were described as “resistor 1-10k” others had unknown dimensions like “pushbutton bought at eBay”.
After sending some photographs back and forth I was pretty clear that everything makes sense… and after some optimizing  the shield had plenty of space left. So in went a nice breadboard section with the option of placing a RTC there as well.

Then the DirtyPCB drill started again – and after 2.5 weeks the PCBs arrived and bro’-in-law happily started to assemble the “ZED 1.0”.
What should I say? It just worked. Immediately…  wow. That should happen more often, or like Hannibal says “I love it when a plan comes together”  😉 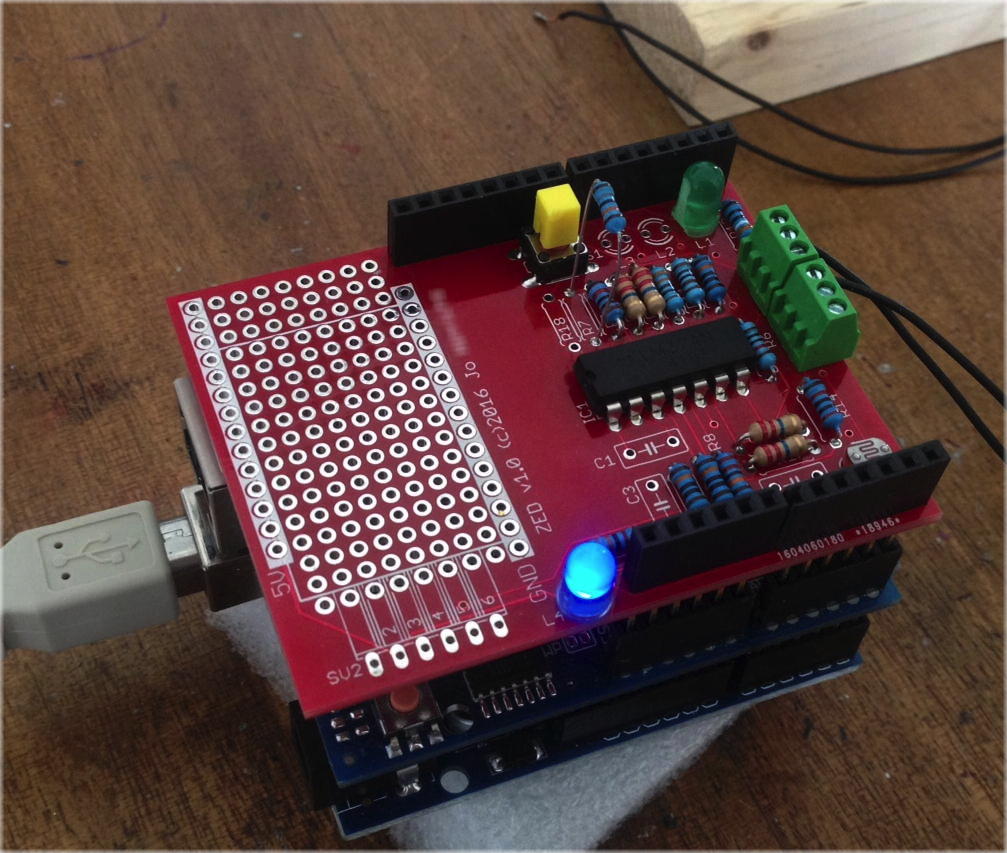