This blog post is due to the fact I was just reanimating my Atari 2080ST, which triggered lots of memories I urgently needed to write down… so here we go:
Yes, the 1st proper (i.e. not soldered) computer I owned was a C64… I loved it, really. I loved it for 3 years… and seriously dreamt about getting an C128D – until I’ve read the fist reports about that Atari 260ST.

I was hooked just by the specs on paper. For me it looked like a Macintosh but with a realistic chance to own one some fine day.
Actually there was a day in the beginning of 1985 when I sat with Heinrich-Hermann Huth, (one of the founders of later Application System Heidelberg, ASH for short) discussing what’s the best upcoming computer. He was 100% Commodore 128… until I started my Atari ST anthem.
Around June or July, he invited me to his parents house to “show me something exciting”. There it was, one of the first STs in Germany, serial number 6, directly picked-up at Frankfurt airport. TOS came on an awesome 3.5″ floppy, the included Basic was slow as hell and the the Digital Research SDK left me puzzled. C? Compiler? Linker?
It became clear that I have to learn a lot to be worthy for such a serious system.
Looking back I wonder if ASH would ever been founded without my evangelism 😉

So in early 1986 it was my turn: My Confirmation. This is a big deal over here and the most “profitable” observance. While the standard wish of kids in these days were big stereos, mine was clear.
Thanks to perfect timing, the 520ST just became 520ST+ and now had a whopping megabyte… it was heaven.

Just about that time, Application Systems Heidelberg was founded… in the child’s room of Heinrich-Herrmann, who somehow managed to get the exclusive distribution rights of Megamax C for Germany.
This proved to be a lucky pick, because the ST was taking the German market by storm and there was no good SDK available. So magazine ads were needed and I was the only one who had a design talent. This was my first design made with my brand new 520+:

Mind the small pencil in the lower left corner. In German, that’s a “Stift”, which is also slang for “apprentice” – which was me 😆
There’s even an article about this ad in the german ST-Computer magazine over here (pg. 7/8).  Quote:

Which translates into “Even the software giant from Heidelberg started out small: In issue 07-08/1986 the company advertised the Megamax-C SDK  on a quarter-page, designed using system fonts and the fill-patterns of the ST“.
Yeah, that’s all true. And “The Stift” was payed for this and other ads by being allowed to keep the glorious Citizen MSP-20 9-needle printer.

In the following years I spend my time mostly in 3 places: In school because I had to, at home in front of my Atari ST or in the ASH office because it was just so cool. During these days I did many thing for them:

Icons and Infobox for Script v1 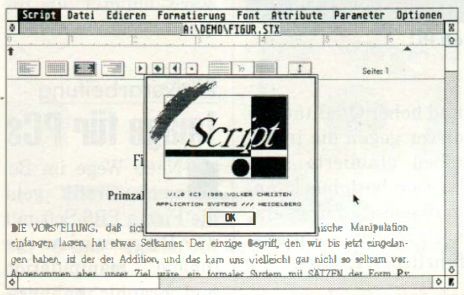 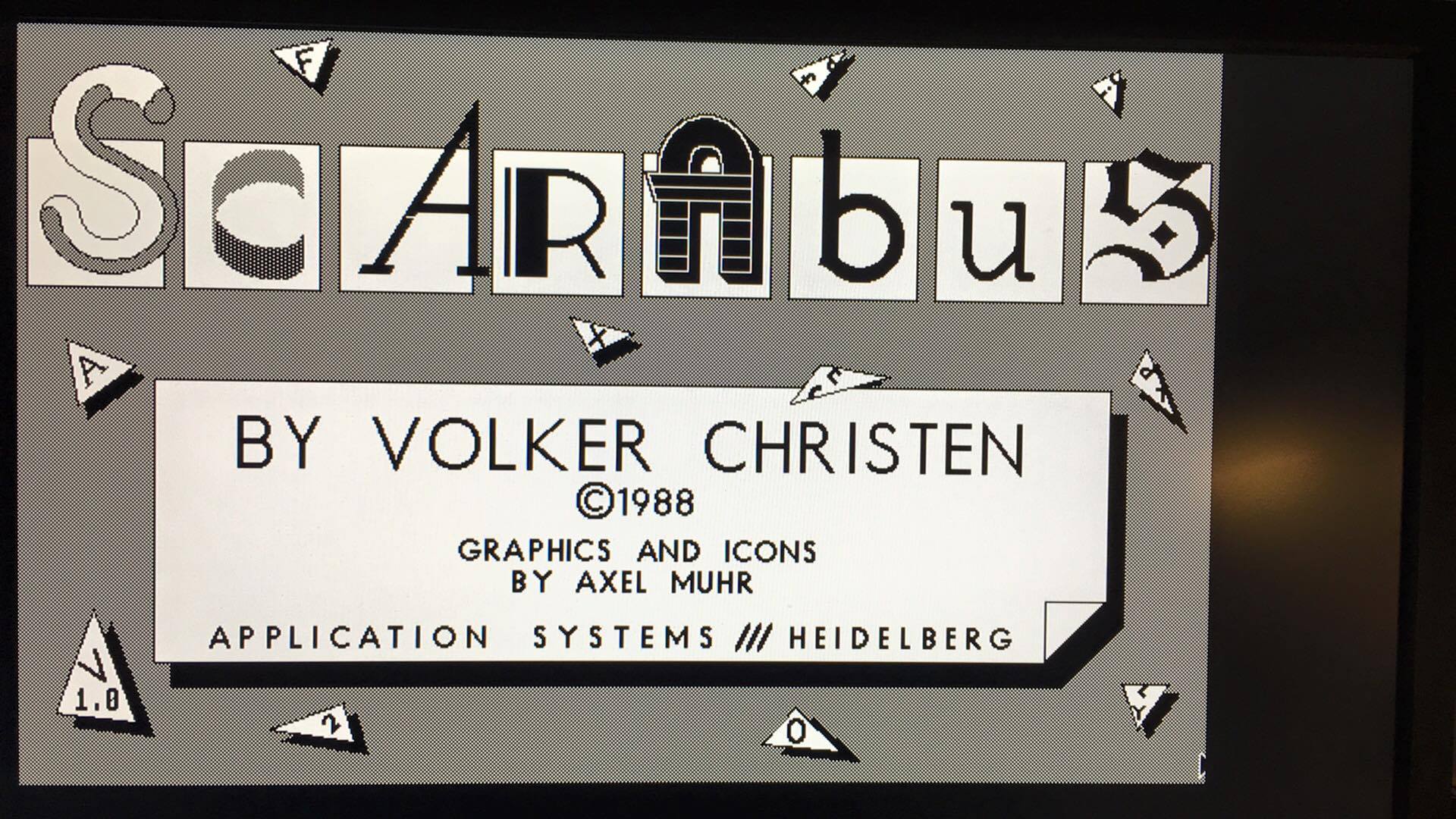 Boy – this was definitely one of the top-5 times of my life. Thanks for this H3, Volker, Ojo (always in my heart), Karen (my heart ;)), Oili, Thomas and all the other great guys’n’gals from back then! Love y’all!