Ahh, TIGA – another forgotten high-tech standard which became an underdog pretty fast. Browsing this page, you might already have understood, that this is the place for underdogs, big and formerly expensive expansion/graphic cards using (back then) cool technology… well, so TIGA fits in just perfectly. 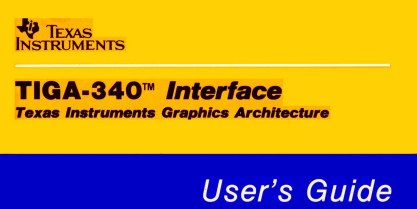 As often, I just use the Wikipedia article about TIGA to give the quick intro:

Back in those days, this was a brilliant, yet logical way to go. Mind that there was no DirectX, no Open-GL (intro’d 1992) and if there was anything you could call a graphics-standard on PCs, it probably was CGA, EGA and early VGA using BIOS calls.
So applications using/requiring high-res graphics (read: above 640×480) brought their own graphic card drivers. Be it AutoCAD, WordPerfect or Ventura Publisher… TIGA wanted to change that.

Just to make that clear: TIGA was not primarily meant to be a 3D accelerator. Is was a high-end 2D solution, mainly for CAD – and besides a very flaky Windows 3.11 driver, it also wasn’t a good desktop accelerator, too.

These are the articles I’ve wrote so far:

There is more in the works, so check back every other time.